How to handle rejection whilst job hunting 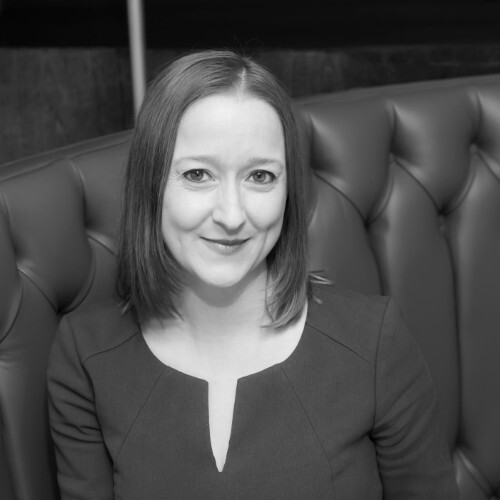 Job hunting is a nerve wracking ordeal, packed full of uncertainty and rejection. Whether you’re looking to leave a current position, are a student straight out of university, or have been unemployed for a while, it’s an anxiety we can all relate to.

Sophie Davis, Career Coach and Founder of Proactive Careers, has coached thousands of clients over the last 15 years, having worked in schools, with university students, and employed early and mid-career professionals, so understands the struggle all too well.

She tells me that university students in particular can be competing for some of the most competitive jobs, with thousands of them applying for the most prestigious companies, particularly when it comes to roles in investment banking and consulting. Those further into their career may also be facing stiff competition, which can be further amplified if they are trying to make a career change to a new area of work.

This adviser deals with the emotional ramifications of rejection on a day-to-day basis. During lockdown she worked with people who were made jobless due to their sector taking a hit as a result of the pandemic, and she has had her fair share of clients come to her in distress about their lack of success in their job search.

She explains that although rejection is obviously not pleasant, it should be expected and dealt with as a learning curve rather than taken too personally. “If you’ve previously got every job you’ve ever gone for, you’ve not necessarily ever had to up your game. And if you’re now struggling with getting through the recruitment process, that’s important, you’ve got to up your game” she explains.

“Thinking about psychology, it gets talked about all the time: failure is actually a learning process, and it’s the same with rejection.”

So, instead of looking at job searching as an ominous, treacherous journey with no definite end, it’s important to view it as a window of opportunity which can open new doors to a life which better suits you.

Here are some of Sophie’s top tips on how to improve your job hunting:

STEP 1: Accept that rejection is normal.

But in order to get anywhere in your job hunt, it’s important to firstly accept that rejection is normal; as we progress in our careers impressing employers can become more challenging, as they may have a considerable wish list of knowledge and specific experience they are looking for. “Some people find that they have plenty of success in the recruitment process in their early career when experience is less required, and that suddenly as they start applying for more experienced roles, they can start to face multiple rejections” Sophie tells me.

“What I would say is that sometimes if you’ve been successful before, it doesn’t mean you’ll always be successful. So, rejection is normal, even if it’s not normal to that individual. It’s normal in a job hunting process.”

STEP 2: Take a step back and regain control.

Multiple job rejections does not mean that all hope is lost. Sophie tells me that she reassures her clients by reminding them that although there are certain things out of their control in job searching – such as necessary experience or the number of people applying for a vacancy – there are other elements within their control that could help them move forward.

“Is it that they’re never getting through interviews? Is it that they can’t do telephone interviews, or a video interview, – those awkward ones where you record your answers into a webcam with no one at the other end, which are particularly prevalent with graduates, but they can come up in other jobs as well”.

“Is there a particular stage they’re struggling with? Or is it the applications themselves and they’re not even getting anywhere with their CV and cover letters? So, it’s about trying to unpick if there’s a common theme so that they can then actually think about what it is they need to work on.”

Sophie then goes on to say that it’s not uncommon for those who have broken down and pinpointed any faults in their job searching process, and then resolved the issues identified, to end up with multiple offers.

Overapplying when you’re desperately looking for a new role is one of the number one traps a lot of us fall into.

The career coach explains that unfortunately this could mean your applications are not as strong as they could be, potentially costing you a job. If you’re studying an intense course, or are working full time, overapplying can very quickly lead to you feeling overwhelmed and burnt out.

“I can ask a client ‘how many applications would you say you’ve done?’ and they may reply ‘oh, about 100 in the last 3 months’, and I’ll say, ‘no wonder you’re stressed and burnt out!”

Sophie recommends cutting down the number of applications you send out, focusing instead on just the jobs you really want and doing those applications to a much higher standard, personalising them to fit each company and job role. This might involve writing a much more bespoke cover letter or tailoring your CV – it will pay off.

She tells me that she remembers a particular client who initially kicked back at this advice, but after implementing this new approach quickly secured a competitive job in investment banking.

“The client told me ‘I didn’t think that would happen, because I only applied for a handful of roles after I spoke to you’, and I said, “that’s because you applied for the ones you really cared about and focused your energy on making those applications really tailored and strong.”

STEP 4: Make sure that the job is right for you.

When you’re pumped full of excitement and adamant to jump into a new role, it’s important to make sure that the transition is right for you. A lot of job searchers will not double check that they have the necessary experience or might rush applications without realising the job they’ve applied for isn’t actually what they want.

“Many job searchers just launch straight into applying, this is really common. People don’t take the time to do some self-analysis about who they are and what they want before they start applying. If you do that, and also think about ‘what’s my value, my offer to employers?’ you’re better placed to apply for the right things and actually create strong applications that are going to sell you more.”

People’s mental health can suffer as a result of taking a job without doing their research and thinking it through enough, finding themselves in the wrong environment, or in a position they’re not too keen on, then struggling in the workplace as a result which may ultimately damage their self-worth and confidence. Many end up staying in a role because it seems like their only option, or might never explore other positions, companies, and sectors, but this doesn’t need to be the case.

Sophie tells me “you can potentially go and do something else, and you might find that you’re a real success at it. If you can find the right position for you, you might suddenly start to feel more confident and more fulfilled, which is generally the case when you are in a role that plays to your strengths and reflects your motivations, interests, and skills.”

After speaking with Sophie, it’s clear that the one thing you should take from her advice is that we are not completely powerless when it comes to job hunting. Being rejected over and over again doesn’t mean that you don’t have the potential to secure a new job and be an outstanding employee, it’s probably due to simple, repairable mistakes in your job searching process.

Taking time to reflect on your next career move and giving yourself the best chance by creating fewer, but more impactful applications gives you the power to decide what you want to do with your life. You must always remember that you have worth, you are employable, and just because you didn’t get the job you’d hoped for the first time around, it doesn’t mean you can’t make changes for more success next time.